Why My Family Chose In-Home Care for Our Preschoolers

Every parent’s journey to finding the right child care program is unique. For the Hunter family, finding a small, personalized environment where 4 and a half-year-old Henry and 2 and a half-year-old Oliver would receive warm, individualized support was critical. After mom Amanda received a difficult health diagnosis, it became even more important to her to find an environment that would help her children cope with complicated emotions.

Tell us a bit about your child care journey

I had a pretty active career before having kids. I was a graphic designer in a large firm, but when I tried to continue to do my job after I had Henry, it was near impossible. Even working from home felt like such a sacrifice, so I decided to be a stay-at-home mom.

When Henry was older, I started to slowly take on work again. I looked for child care options and found a large center-based preschool for Henry that I loved. So he attended preschool there. 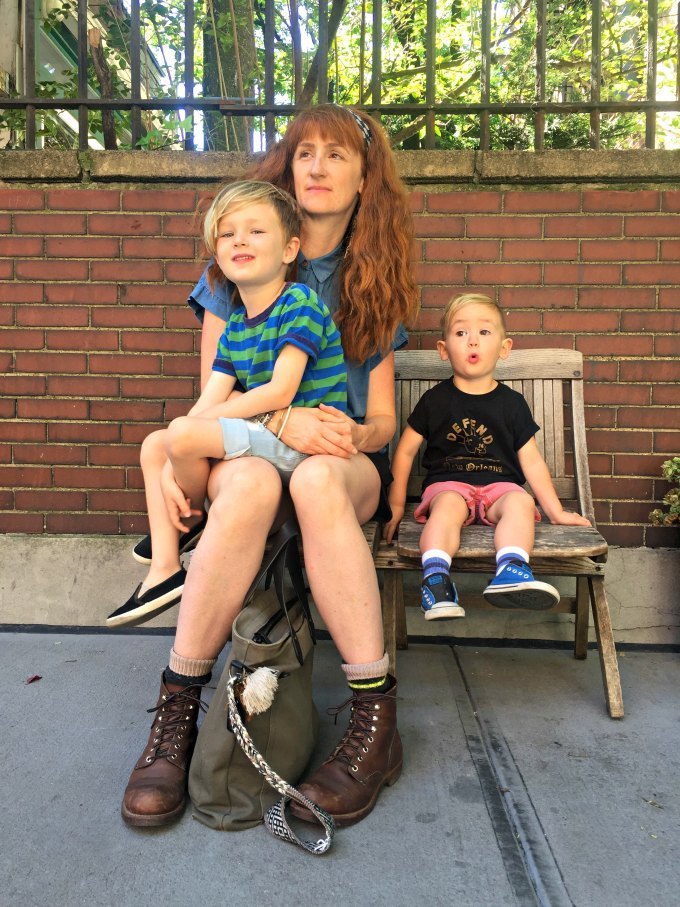 What led you to a smaller home-based program instead?

I got diagnosed with cancer last year. I didn’t know what was happening with me and I was deciding to do something unorthodox by treating it holistically. I knew I would need to be available for appointments of all kinds and I wanted my kids to have the same care they would have had from me at home.

I was really happy with Henry’s original preschool, but after my diagnosis, I was no longer comfortable with him continuing in a large school environment.

With my youngest, Oliver, he’d never been in a school, so I wanted him to experience a small, loving, home environment because that’s what I wanted to provide them at home. So if it wasn’t me taking care of them, this was my next best choice.

“I wanted him to experience a small, loving, home environment because that’s what I wanted to provide them at home. So if it wasn’t me taking care of them, this was my next best choice.”

What was it like to transition both kids into a home-based program?

When I was diagnosed and began cancer treatment, Henry experienced a lot of anger, which I felt was due to me spending more time away from home. I’m treating the cancer holistically, which is a much longer and involved process.

Seeing me take a lot of supplements and probiotics was confusing to him. He had a lot of emotions that he couldn’t formulate into words so he was acting out. With Oliver, I had to wean him early and suddenly, and that was challenging for us.

I quickly realized that a larger school wasn’t going to be able to help me address the emotional instability that Henry was experiencing.

So when I spoke to his teachers at Little Nest Learning Space, an in-home preschool, I was very candid about what we were going through. His new teachers were able to help him navigate these overwhelming waves of emotion. 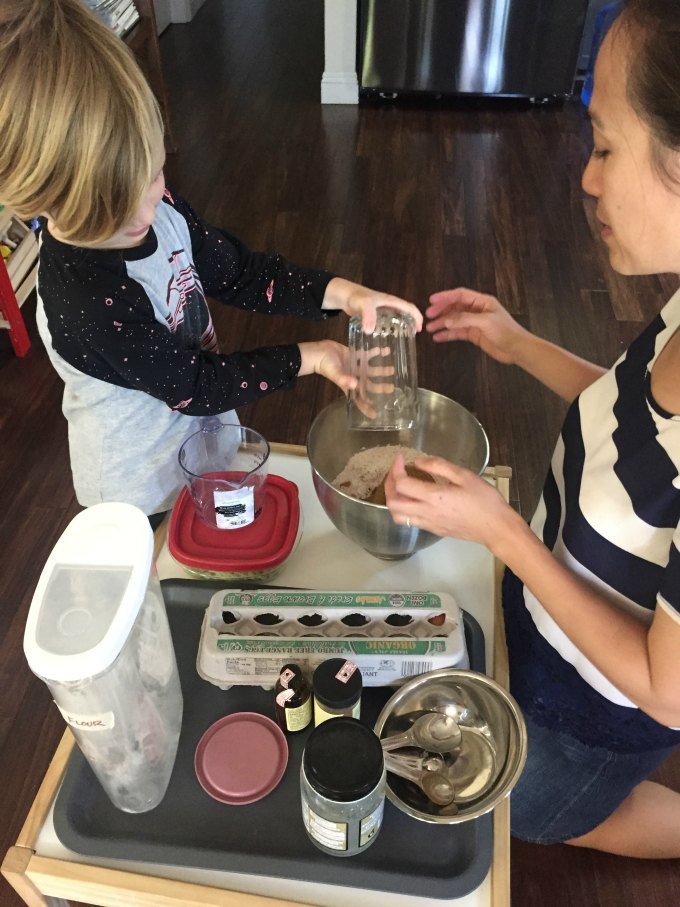 It was also so great to be able to tell them, “Hey Henry had a really hard day yesterday, I think some of that will carry over today,” and he would get the gentle love, support, and sensitivity that he just wouldn’t have gotten at a larger preschool.

He was met right where he was at emotionally and was able to cope. With the help of his teachers, he now has more words and language for his feelings and can formulate a plan at school when he is feeling upset.

With Oliver, he had never gone to a daycare or preschool before. It was such a special opportunity for him to go to small in-home school to start with his older brother. I never had tears from Oliver, it was such a beautiful transition for him.

Parent review of in-home preschool: Can you tell us more about the Wonderschool program they go to?

Theresa (the director of Little Nest) has created such a unique program. Her mother, three-year-old daughter, and husband all help her run it.

It’s more special than I could have ever imagined. There is a whole family there to fill different roles and bring in different perspectives. 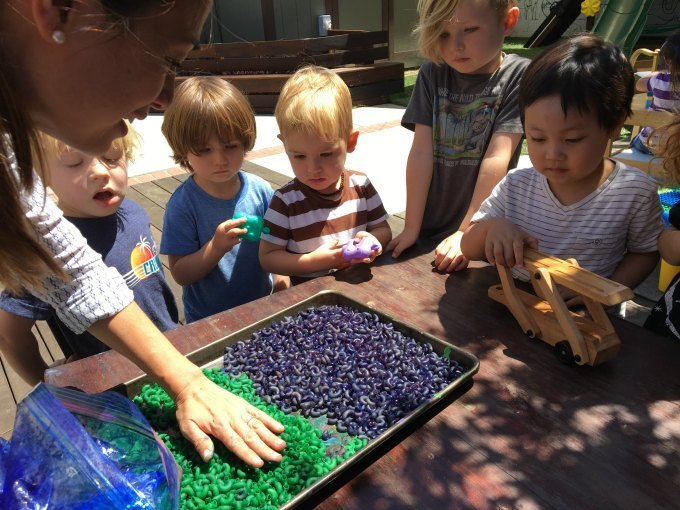 Even just having a grandmother there is so special. I know that Henry has a deep sense of awareness of his grandmother, “Gram,” who passed away last October. It was another emotional hurdle that still comes up in conversation.

Theresa’s daughter goes to her school, and everyone knows Ms. Ruby is her grandmother. It has brought up conversations about how much he misses his Gram. He loves Ms. Ruby in this unique way and can connect this feeling with one from his own life.

Having the mixed age groups has been incredible too. For Oliver, being able to start school with his older brother before he started to go on his own has been amazing. It really helped him have a beautiful transition.

Now it’s been 5 weeks since he’s been going on his own and the colors of his personality have just blossomed! Theresa and Joey were just telling me, “Wow he loves to sing and play guitar. He’s really funny!”

He’s coming home and starting to speak more. Because Henry is such a big personality, it was so great to have him introduce Oliver to school, and now Oliver is having his own space to come out on his own in his small home environment, with people who really love him.

How have you grown throughout this process?

As a parent with health issues, to be able to take them somewhere and walk away and not have to think about how they’re being spoken to, how they’re interacting with other kids, and what they’re eating, is the most rewarding, calming, peaceful, confidence-building feeling I can have as a parent. 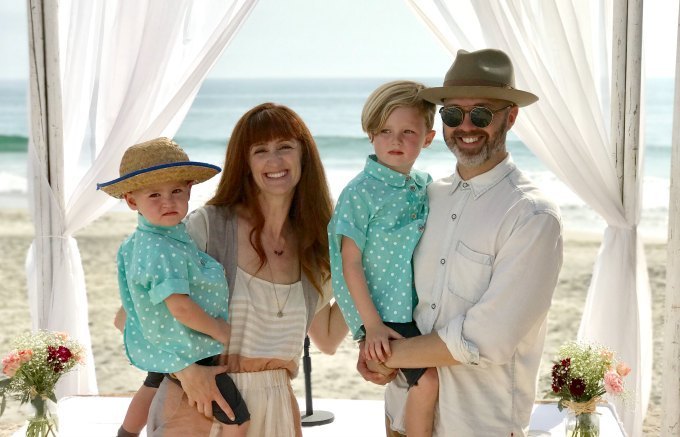 Growth for me has been being able to stop worrying about how they’re doing. When I used to drop Henry off at his first school, sometimes he would come back and say “Someone pushed me,” and because the school was so large, he really had to work things out on his own. But he was 3-years-old and didn’t have all the skills. I’d drop him off and think, “Oh I hope he has a good day.”

“To be able to take them somewhere and walk away and not have to think about how they’re being spoken to, how they’re interacting with other kids, and what they’re eating, is the most rewarding, calming, peaceful, confidence-building feeling I can have as a parent.”

The peace of mind I now have has given me the opportunity to truly honor myself fully and not still hold on to my children as an obstacle to taking care of myself. I’m that kind of parent – I’m a homemaker – so it’s really easy to put my kids first all the time. And this is really a time when I have to put myself first so I can be here for the long haul.

Deciding Between Transitional Kindergarten or Another Year of Preschool

If your child will turn five between September and December ...

Waldorf, Montessori, and more: A guide to social-emotional teaching styles in early education

When it comes time to choose a child care or ...

What Is Bilingual Preschool & Should You Consider It for Your Child?

In a bilingual preschool, instructors conduct activities in a second ...

Emily is a Product and Marketing Consultant at Wonderschool. She has an MBA from the University of California, Berkeley, with a specialization in Social Innovation and Education Marketing.