Parents tell all: What’s a mixed-age home preschool like?

Meet the Palarcon family! Cheryl and Nate are the kind of couple who finish each other’s sentences, so when it comes to parenting decisions, they’re a tight knit team.

Their children, 5 year old Maliya and 2 year old Carlo, both went to the same mixed-age preschool. We had the chance to talk with Cheryl and Nate about their experience in a mixed-age home-based program and how it helped prepare their daughter for kindergarten:

Can you tell us about how your family decided to enroll in Banana Fana Preschool?

A little over a year ago, Maliya was attending another Spanish-immersion preschool that suddenly closed down. We were in a bind and only had a month’s notice to find a new child care. She had been going to that preschool 5 days a week, full-time.

We Googled, Yelped, and followed leads that didn’t lead anywhere that we wanted! Finally, I found out about Banana Fana Preschool in a Facebook parent group. They had Spanish-immersion as an option, and since Maliya was already going to that 5 days a week, we really wanted to continue. We were lucky when a spot opened up for her. 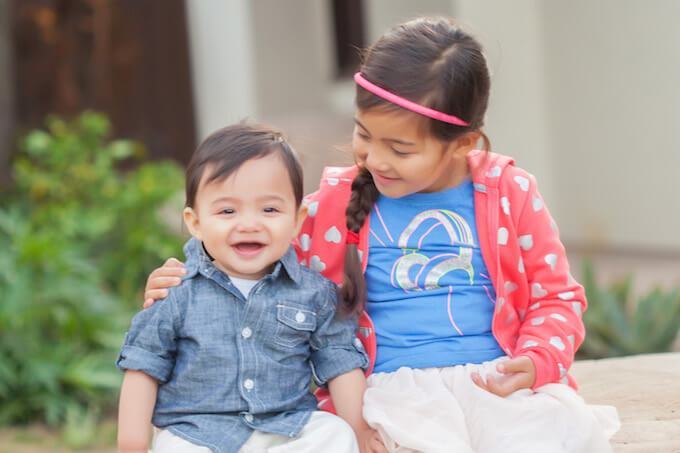 Maliya was the oldest of the six kids in the program. It was an adjustment for her. She came from a preschool with over twenty kids and suddenly there were just six. Some were as young as 18 months and she was the oldest at the time, at 4 years.

What it was like for Maliya to be the oldest child in the program?

She’s already an older sister, so she took the skills she gained at home and extended them to the kids at Banana Fana. In the beginning, Gloria wondered if Maliya and Carlo would gravitate toward each other and be that brother-and-sister team, but they didn’t! Maliya actually had strong bond with Gloria’s son, Isaiah. She also loved to role play as doctor with the little girls.

Gloria helped empower Maliya to take that lead. She saw that Maliya was followed by the kids, and that the kids looked up to her since she was the oldest of the group.

She has definitely matured a lot from her transition from her previous preschool, and I think it’s because of the responsibilities Gloria trusts her with.

“Maliya just really grew into being a person that the other kids looked up to, and it was wonderful that Gloria recognized and fostered that trait.”

It has helped her at home too. I’ve noticed that when we get impatient with our son and we reprimand Carlo, Maliya magically will be the one to soothe Carlo. She’s learned how to be more compassionate than mommy and daddy!

Maliya is in kindergarten now. How do you think being in a mixed-age preschool prepared her kindergarten?

The mixed-age preschool got her to calm down, focus, and learn different social skills. Part of what Gloria helped her work on was her leadership skills. Taking the lead is really interesting now because she’s in a class of kids who are all her age. 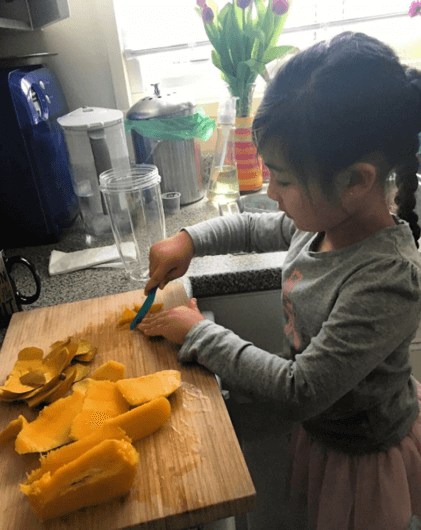 Sometimes she’ll say, “I wasn’t the leader today…” and we have to remind her that you have to take turns. I’m glad she had the opportunity to experience being the leader, because now she has the balance. She knows what it’s like to be a leader and what it’s like and to share that role.

Gloria helped accelerate and amp things up before moving into kindergarten. She taught Maliya how to count, and really got Maliya prepared for the transition. It has really helped her grow and become more independent. On her first day of kindergarten she didn’t even look at us! There were no tears.

What else did you love about Gloria’s mixed-age preschool?

With Gloria, since it’s in her home, she treats ALL the kids like her own. Especially with Carlo, she sees so many similarities to her own son, Isaiah, who goes to Banana Fana too.

With her co-teacher Alicia, and her husband helping, it has been an incredible place. The small size of the program also gave Maliya more one-on-one attention. She loved that.

I love that she shares with us what the kids are doing throughout the day. That’s something we didn’t have at the other preschool. We were always wondering what Maliya was doing!

Another thing was the food! The fact that food is provided and made on site was, oh my gosh, a life saver! Having to pack a lunch every day was very tedious, and it got boring for the both of us. I was packing the same thing over and over. 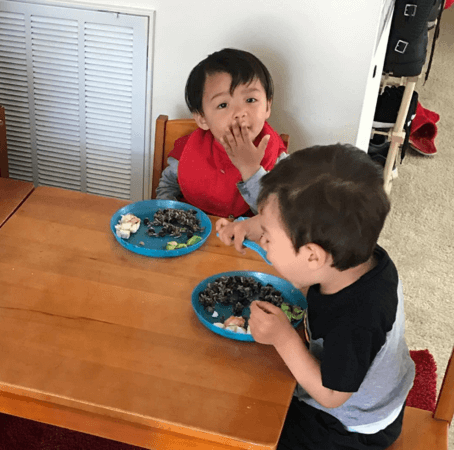 But Gloria had different menus, and had kids try different foods. Maliya asks for salmon now! She actually likes salmon. She’s developed a more distinguished palette for food. And same with Carlo: he’s been introduced to so many foods, he’s now eating everything in sight.

How do you two make parenting decisions?

With both of the kids, they try to manipulate us and divide and conquer. We decided long before they were born we’d be on same page.

Nate had gone to a Spanish-immersion elementary, so he’s fluent, and we want the same thing for our kids.Maliya and Carlo playing together at Banana Fana Preschool

If we ever disagree on something, we’ll research, and take the attitude of “let’s be more informed about our decision.” I like organization, and Nate likes information. I keep spreadsheets for decisions, like which schools to choose. Then he’ll send me articles, and we cross tabulate from there!

How to choose the best preschool for your child: A quality indicator checklist

Finding the right preschool for your child is a daunting ...

Child care programs help to nurture and look after preschool ...

Resources for talking about race, anti-racism, racial justice, and activism with young children

It can feel daunting to figure out when and how ...

Emily is a Product and Marketing Consultant at Wonderschool. She has an MBA from the University of California, Berkeley, with a specialization in Social Innovation and Education Marketing.